Yatir Winery is a small and exclusive winery founded in 2000 at the foot of the Israelite Tel Arad Fort, about 10 minutes away from the Yatir Forest. in the southern tip of the Judean Hills.
The forest, which was planted in the 1960s as part of the vision of Prime Minister David Ben Gurion for making the desert bloom, became today one of Israel’s largest forests (stretching across approximately 4000 hectares). The forest was named after the Levite biblical city of Yatir, whose ruins remained in great destruction. The site serves as a green lung and a hiking site, as well as an experimental model for innovative methods for combating desertification. The forest became a significant ecological tool and over the past several years has been researched by numerous scientists. In the heart of the largest planted forest in Israel, in valleys and slopes surrounded by a myriad of trees, such as Jerusalem Oaks, carob, pistachios, pine and olive trees, the Yatir Winery vineyards were planted.
Yatir Winery was set-up as a joint venture between local vine-growers and the Carmel Winery, who recognized the extraordinary potential of the Yatir region.
Over the years, Yatir Winery, located in the heart of the desert, has turned into a symbol of the region. Its wines, which have been repeatedly awarded with high scores, exceptional recognition and medals, have been rated in recent years among Israel’s top wines by local as well as international wine critics.
Yatir Winery currently produces about 150 000 bottles a year.

Sort by: Relevance 
Best sellers Relevance Name, A to Z Name, Z to A Price, low to high Price, high to low
Showing 1-1 of 1 item(s) 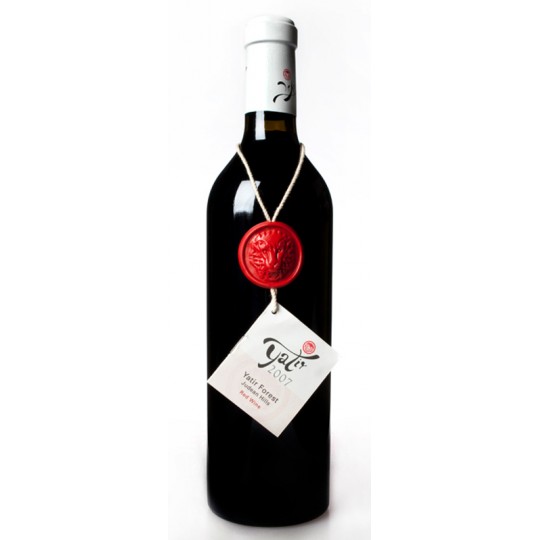